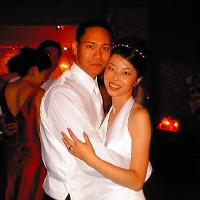 Lighthouse Disc Jockey Service can help you plan the details of your Wedding Reception.
Here’s what we can do for you: 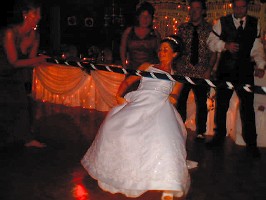 If you’re struggling for first dance inspiration, there’s no shame in choosing a tried-and-tested song that’s guaranteed to put a smile on everyone’s faces.
When choosing a first dance, some couples will already have a song in mind that unlocks magical memories together – perhaps the song which was playing when they first met, went on their first date, or first said “I love you”.
But if you’re not one of those, fear not – sometimes, just a damn good song will set the right tone, and after your wedding day will forever be “your song”.
There are lots of first dances to choose from, so think about tempo, style, genre, and most importantly how a tune makes you feel when you hear it. Jump to our first dance FAQs for more guidance.
To get you inspired, we reveal the most popular first dance songs with our brides and grooms. In our updated list for 2022, Ed Sheeran and Adele are nudged out of the top spots, as old-school classics by Elvis, Etta James and Al Green re-take the lead.
Listen to our complete list on Spotify here. https://open.spotify.com/playlist/3SBHmtlzoqfU9Xe6O3QXIe?go=1&utm_source=embed_player_m&utm_medium=desktop&nd=1
Once you’ve chosen your song, be sure to dance to the whole song! This is your moment to shine!

Listen to our top 30 first dances on Spotify